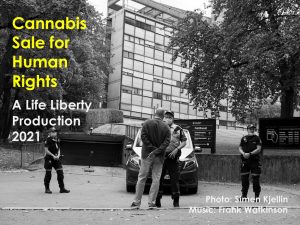 On 11. September 2021, the Alliance for Rights-Oriented Drug Policies (AROD) held a cannabis sale for human rights at the main police station in Oslo. Posts one and two on this blog elaborate on the reason for the civil disobedience campaign; ARODs press release provides essential information, and here we offer a brief summary.

The Alliance for rights-oriented drug policies (AROD) is tremendously pleased with the events of 11. September. In the run up to the occasion we had opinion pieces in the Norwegian media, inviting the police to cooperate and discussing how civil disobedience could protect the rule of law. Internationally, Dr. Paul Stanford did an interview for Cannabis Common Sense, Heather Allman of the Karma Koala podcast did another interview, and the Cannabis Law Report spread the word. The Norwegian police were informed in advance. In response to a letter, AROD was allowed to set up shop between 1:00 pm and 3:00 pm,  and the police provided a wonderful opportunity to get the message out. In the aftermath of the event, Cannabis Law Report  followed up with an overview of the case, and Dr. Paul Stanford did one more interview with Mikalsen, the leader of AROD, in Cannabis Common Sense episode 1121 .

For Norwegian readers, Dagbladet and Avisa Oslo did some great reporting. The latter was translated by Popular Hemp, and also Cannabis Culture did a great job boosting the AROD campaign. Footage of the events can be found in the links, and here:

Video of the events leading up to the arrest of Roar Mikalsen, the leader of the AROD: 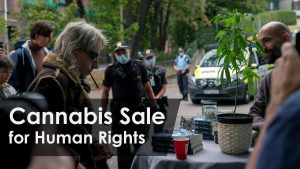 The events of 11. September 2021, immortalised by photographer Simen Kjellin: 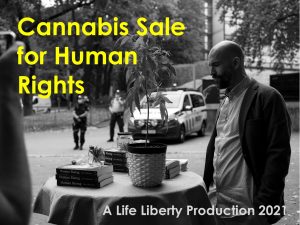 Run up to Court Prodeedings

When it comes to the legal matters, this letter to the Court describes the merits of the AROD civil disobedience case and the connection to the articles of the ECHR. Initially, AROD was granted three days in court to present a case on behalf of the persecuted groups in Norwegian drug policy.  The Norwegian Royal Commission on Drug Policy had shown moral panic to guide drug policy , and AROD prepared documentation, witnesses, and documentaries to prove a connection between moral panic, human rights violations, and the arbitrary persecution of the past.

The police objected to this. The prosecutor did not want the court to hear evidence of human rights violations, nor compell those responsible for drug policy to testify. The defense issued a complaint but the District Court accepted the plea from the police. Thus, AROD was refused to present evidence, and proceedings begun on 1 June 2022.

The District Court hearing was a tragedy for the rule of law from the start. Reading of the indictment, the prosecutor did not want the Court to provide an effective remedy. The defense insisted that it is the duty of the court to look at the relationship between drug prohibition and the Norwegian constitution but the Judge interrupted several times to steer the proceedings away from constitutional territory. As she said: “We must separate between jurisprudence and assessing incompatibility with the constitution and the European Convention on Human Rights.”

Consequently, Mikalsen held the Judge and the prosecutor accountable for covering up State crimes. Audio from the District Court is found here but to summarize, the verdict of the District Court was a 15 days suspended sentence and a fine of 5000 Norwegian kroner. This sentence has been appealed and several wheels are now in motion. While ARODs questions to the Minister of Justice, the Minister of Health,  and the Director of Public Prosecutions received no attention by the District Court, the legitimacy of a policy based on coercion and incapacitation must be defended, and the questions are a key part of case documents that will go to the European Court of Human Rights unless Norwegian authorities acknowledge the connection between public panic and human rights violations.

To boost the nation’s legal awareness, as well as secure the rule of law for the persecuted groupings of drug policy, AROD will have a civil disobedience campaign at Eidsvolls plass by the Norwegian Storting on Thursday 22 September at 16-18 o’clock. The action will shed light on the problem of cannabis cultivation and arbitrary imprisonment, as the police’s judgment and practice have proved unpredictable and disproportionate. More information is found here, and the celebration is an opportunity for the Norwegian authorities to deal with a lawless room that has evolved in drug policy. After the drug reform crashed and the Supreme Court refused to incarcerate drug users, the Director of Public Prosecutions’ guidelines on the use of force has created frustration not only among supporters of a drug-free ideal, where political parties like the Christian Democratic Party (KrF) and the Progress Party (Frp) want new legislation to provide the police with means of force that the Director of Public Prosecutions has said is a violation of human rights, but also among supporters of a regulated drug market. Threshold values, for example, are criticized for being without principled basis and for continuing the problem of arbitrary persecution, and the police are experiencing an increasingly uncertain working environment.

Thus, the climate of the political debate highlights the need for revaluation. More and more people see punishment as disproportionate, and by bringing cannabis to the Norwegian Storting—and encouraging others to do the same — we remind politicians of the need to revisit drug policy. We also offer the state’s lawyers a legal path for arbitration, and provide the Minister of Justice with means to secure the rule of law’s guarantees. Since the Supreme Court in 2010 rejected the right of review for drug offenders, almost 500,000 criminal cases are constitutionally disputed and mere negligence makes the hunt for scapegoats persist.

We are eagerly awaiting the events of 22 September, when updates will follow. 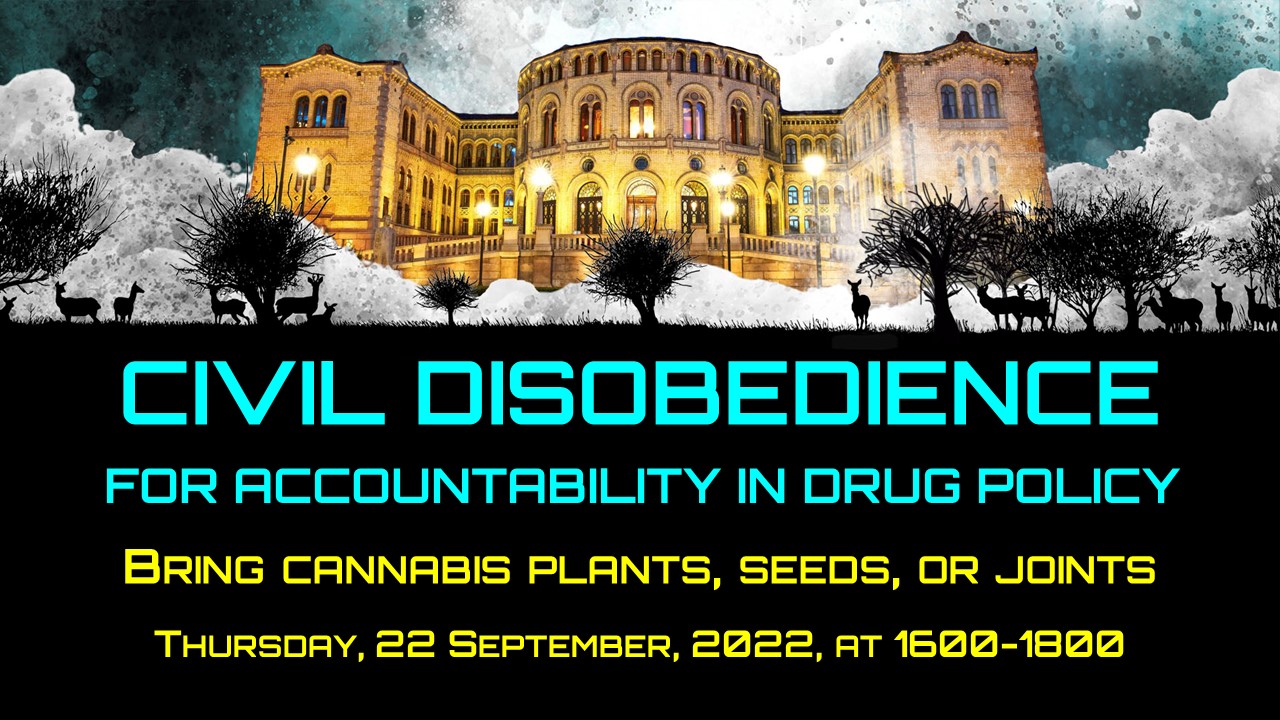 Mikalsen is the author of six books which are changing the world one at a time. His authorship covers a large area ranging from cosmology, mysticism, self-help, and consciousness research to power politics, human rights law, drug policy, constitutional interpretation, and social engineering. He is the founder of the Alliance for Rights-Oriented Drug Policies (AROD), an organization which addresses drug policy reform from a perspective of human rights and a nominee of two prestigious human rights awards (Vaclav Havel and Martin Ennals). A platform for his work is Life Liberty Productions, a publishing house and consulting agency dedicated to the Spirit of Freedom. You will find books that are embraced by professionals and have the potential to bring humanity one step further on the online store lifelibertybooks.com

We are building for tomorrow because tomorrow is the future and we want to make a contribution to the wonderful digital age that is awaiting us.